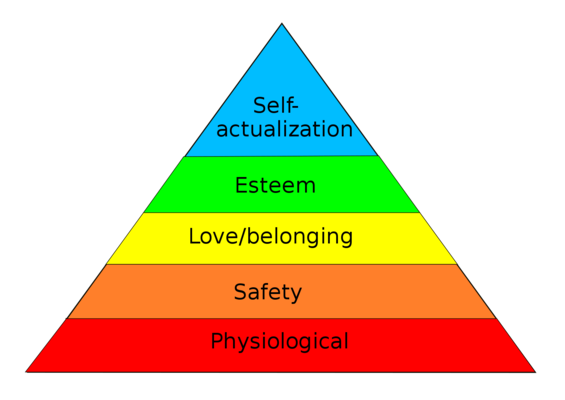 Everybody heard of Maslow's hierarchy of needs. I was curious to know more about it than what's in wikipedia so I read the original paper called "Theory of Human Motivation".

To remind you, the paper was written in 1943 and it's one of the best reads I've done. Modern books prioritise the high words count. The paper is opposite of that. It is very concise and full of references.

To my surprise only the first half of the paper talks about five levels. There are so much more to it! The second half argues that the hierarchy is not rigid. It was never meant to fit everybody and be 100% accurate. I think that's a very important part that got lost in the process of over-simplification to a single image of a triangle.

It was pleasing to see the author arguing both sides of the argument. The paper mentions the limitations of the proposed model, exceptions and areas for the further research.